TriLinc has provided financing to a railway equipment provider in South Africa. Established in 2013, the borrower specializes in providing railway and road infrastructure equipment leasing solutions to clients throughout Sub-Saharan Africa. Rail infrastructure and equipment are critical economic growth drivers and transport mediums for the region as they facilitate improved access to international markets and reduce transaction costs for private enterprises, particularly SMEs, operating in remote areas and/or challenging topographies. TriLinc’s financing will be used by the borrower to purchase refurbished rail locomotives to fulfill lease contracts with clients throughout SubSaharan Africa that seek to enhance market connectivity and foster productivity and competitiveness improvements across the continent’s growth industries. 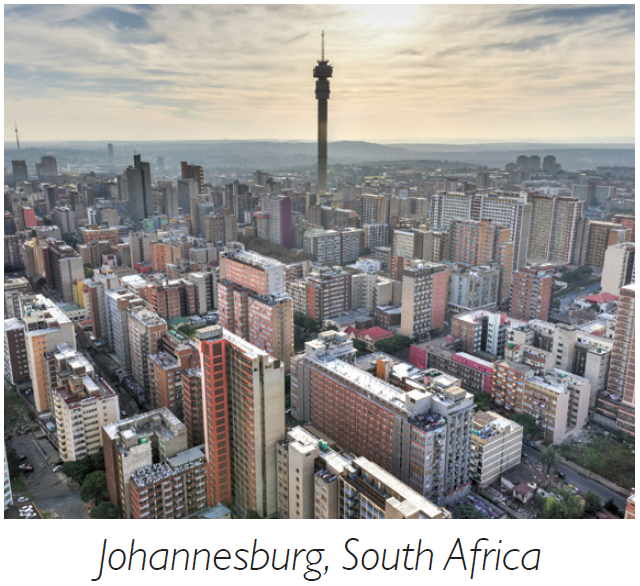 South Africa is classified as an upper-middle income country by the World Bank.1 South Africa is distinguished as the only African member of the G20, an international council for the major economies’ finance ministers and central bank governors to discuss financial and monetary policies, with the goal of promoting world economic development.2 Between 2011 and 2015, annual GDP growth rates averaged approximately 2.14%.1 South Africa’s main exports have traditionally been concentrated in gold, diamonds, platinum, other metals and minerals, and machinery and equipment.3 Conversely, the country’s main imports have been focused in machinery and equipment, chemicals, petroleum products, scientific instruments, and foodstuffs.3

South Africa meets TriLinc’s country standards for its performance across relevant growth, stability, and access metrics.4 In 2015, it ranked fourth across the Sub-Saharan African region on the World Bank’s Ease of Doing Business index.5 South Africa is ranked highest in Sub-Saharan Africa for its quality of railroad infrastructure, placing it in a strong position to offer infrastructure enhancing solutions throughout the region.6 As the second largest economy in Sub-Saharan Africa,7 the country benefitted from the roughly $41 billion in net foreign direct investment that was estimated to have flowed into the region in 2015.8 Sub-Saharan Africa had aggregate estimated GDP growth of 3.0% in 2015.8 Looking ahead, overall regional GDP growth is projected to strengthen to 4.4% by 2018.9

The above information is as of the initial date of investment: May 25, 2016.