TriLinc has provided financing to a company in South Africa created to extract metal tailings and remediate the land site of a recently shuttered zinc mine. The zinc mine site and its accompanying refinery began operations in 1968, and were shut down in 2013 by the South African company that managed the mine’s extraction and production operations. The borrower acquired the land site in December 2013 and was granted the rights to extract and process gold, silver, lead, and iron tailings for sale to trading companies located in South Africa and Europe. As a part of its tailings extraction activity, the
borrower is required to remediate the land site and has already begun the process by establishing a mine rehabilitation fund, dismantling the shuttered mine’s refinery, disposing of mining equipment, and maintaining a sophisticated, onsite laboratory that allows for continuous monitoring of ground water contamination levels. TriLinc’s financing enables the borrower to recover and process the tailings and supports the borrower’s objective of creating new mine servicing and remediation jobs. Once the tailings extraction is complete and the site is deemed to be completely rehabilitated by South African regulatory authorities, the borrower intends to donate the property to the community for affordable housing developments. 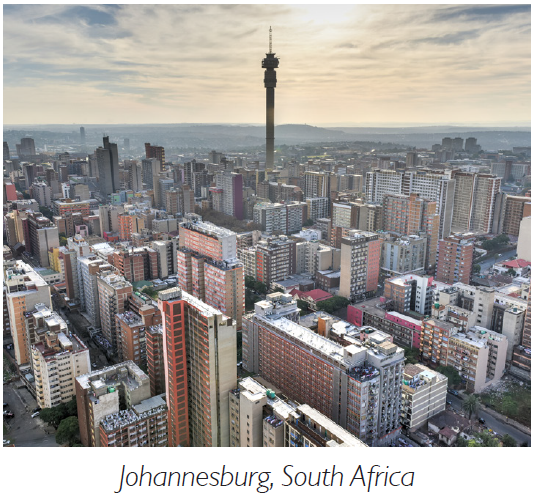 South Africa is classified as an upper middle income country by the World Bank.1 Between 2010 and 2014, annual GDP growth rates averaged approximately 2.4%.1 South Africa’s main exports have traditionally been concentrated in gold, diamonds, platinum, other metals and minerals, and machinery and equipment.2 Conversely, the country’s main imports have been focused in machinery and equipment, chemicals, petroleum products, scientific instruments, and foodstuffs.2

South Africa meets TriLinc’s country standards for its performance across relevant growth, stability and access metrics.3 In 2014, it ranked second across the Sub-Saharan African region on the World Bank’s Ease of Doing Business index.4 As the second largest economy in Sub-Saharan Africa,5 the country benefitted from the $37 billion in net foreign direct investment that was estimated to have flowed into the region in 2014.6 Robust domestic demand across Sub-Saharan Africa helped spur GDP growth to 4.6% in 2014.7 Looking ahead, overall regional GDP growth is projected to strengthen to 5% by 2017.7

The above information is as of the initial date of investment: October 24, 2014.