TriLinc has provided financing to a Mall Operator based in Split, Croatia. The Mall opened in February 2016 and is strategically located in the center of Split, the second largest city in Croatia and a popular tourist destination in the summer. Croatia has the third highest unemployment rate in the European Union and Split has the seventh highest unemployment rate across Croatian cities. With 95% expected occupancy in 2019, 1,600 total employees are projected to be employed by mall tenants. Of the Mall’s tenants, 43% are locally owned businesses and 30% are franchises (some of which are locally owned).

Additionally, the Mall is the only commercial facility in Croatia to be granted a Class A Energy Efficiency Certificate. The Mall uses 100% LED lighting to decrease energy consumption and was built with skylights that allow for large amounts of sunlight to enter the facility during the day. Furthermore, the Mall is equipped with a 750 m3 rainwater collection tank for watering the vegetation on the property. TriLinc’s financing will be used to complete construction for the following projects: fit-out of vacant tenant spaces, fit-out of the on-site cinema, and completion of road access to the main highway, which will ultimately drive traffic to the Mall. 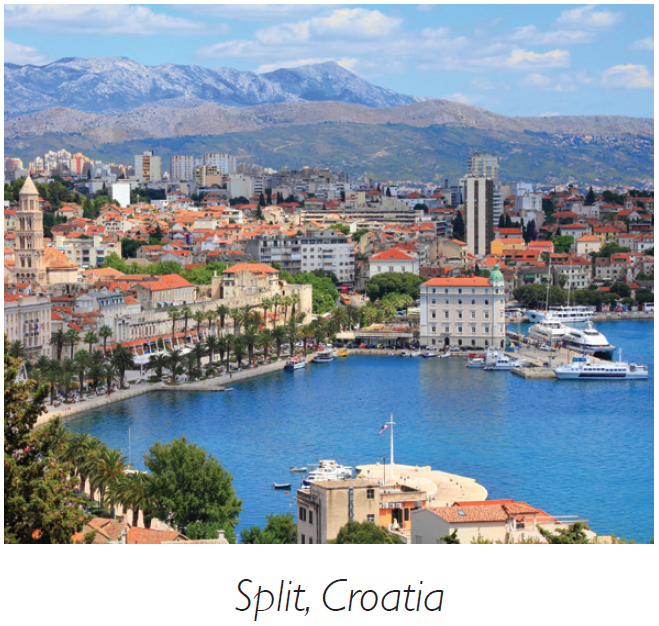 Croatia is classified as an upper middle-income country by the World Bank.1 Although the country has averaged a GDP growth rate of approximately -0.2% between 2010 and 2016 due to an economic recession, the country’s average GDP has risen to 2.3% between 2015 and 2016.1 Croatia’s main exports are concentrated in transport equipment, machinery, textiles, chemicals, foodstuffs, and fuels.2 Conversely, the country’s main imports are focused in machinery, transport and electrical equipment, chemicals, fuels, lubricants, and foodstuffs.2

The above information is as of the initial date of investment: January 22, 2018.