TriLinc has provided financing to an electronics assembler in South Africa. Established in 2002, the borrower is a diversified contract electronics manufacturer that specializes in the production and assembly of electronic components for the telecom, utility, metering, and data acquisition industries. The borrower is utilizing TriLinc’s financing as a source of short-term liquidity to support the expansion of its telecom division through the purchase and import of manufactured cell phone and television components for assembly at its production facility outside of Johannesburg. Upon purchase and import of all component parts, the borrower completes the final assembly of cellular phone products for sale and distribution to the largest telecom operator in the region. Additionally, the borrower supplies finished television products to a leading South African government telecom agency responsible for promoting universal telecom access and services. Offered at affordable price points, the borrower’s finished cellular phone and television products aim to satisfy the growing demand of South Africa’s low-income population for access to modern communication and technology. 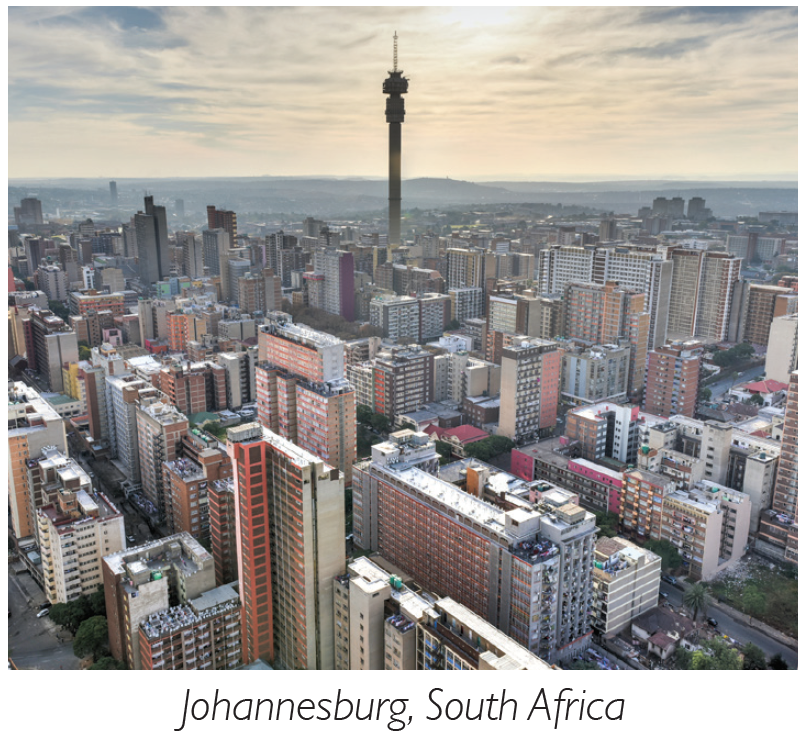 South Africa is classified as an upper-middle income country by the World Bank1 and is the only African country to have hosted the World Cup to date. Between 2010 and 2014, annual GDP growth rates averaged approximately 2.4%.1 South Africa’s main exports have traditionally been concentrated in gold, diamonds, platinum, other metals and minerals, and machinery and equipment.2 Conversely, the country’s main imports have been focused in machinery and equipment, chemicals, petroleum products, scientific instruments, and foodstuffs.2

South Africa meets TriLinc’s country standards for its performance across relevant growth, stability, and access metrics.3 In 2015, it ranked fourth in the Sub-Saharan African region on the World Bank’s Ease of Doing Business index4 and is recognized for its strong ICT infrastructure with a ranking of 22nd in the world for number of mobile telephone subscriptions.5 As the second largest economy in Sub-Saharan Africa,6 the country benefited from the $37 billion in net foreign direct investment that was estimated to have flowed into the region in 2014.7 Robust domestic demand across Sub-Saharan Africa helped spur GDP growth to 4.6% in 2014.12 Looking ahead, overall regional GDP growth is projected to strengthen to 5% by 2017.8

The above information is as of the initial date of investment: August 6, 2015.